Titanium dioxide allergy is of special interest both to medical practitioners and the general public because of two factors. One, titanium dioxide is much more widespread that titanium metal, especially in household and commercially related applications.

The second factor that raises titanium dioxide allergy level of interest is the fact that the dioxide use is much less conspicuous than its metal alternative. You know when you have surgery and get titanium plates and screws to put back your bones in the right position. You also know when you’re getting a titanium dental implant. Chances are that it is your decision to undergo these medical procedures. Also, both of these qualify as surgery procedures meaning that testing for allergy and professional care to alleviate any possible uncomfortable side effects in employed by the trained staff that execute and supervise these interventions.

You don’t have this process of assessing possible health risks and weighing them against potential benefits when shopping for groceries or deciding to redo your living room.

Never the less, all this does not mean in any way that titanium dioxide is inherently dangerous to your or your family health. Titanium dioxide allergy, as any allergy, is a serious concern for those individual that exhibit symptoms and are diagnosed by a professional health care workers to have this kind of allergy.

Titanium dioxide is a FDA approved food and pharmaceutical products additive. The FDA has ruled that E 171 is deemed safe as long as it is used in maximum 1% of the weight of the product. There have been and currently are ongoing tests regarding the occurrence of titanium dioxide allergy and possible detrimental side effects. So far, nothing conclusive was established.

The only aspect that has been certified regards nano sized titanium dioxide particles. Nanotechnology is a modern development with a large variety of potential applications in biomedical, optical many other areas. And it has been established that specific properties of nanoparticles may not be exactly the same as properties identified in fine particles and bulk materials. 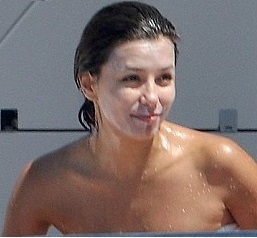 Titanium mineral sunscreens have been marketed as virtually allergy free and safer than their chemical counterparts for years primarily because their main component, titanium dioxide, does not penetrate the skin in finely ground form. There was a somewhat detrimental side effect to this specific property. If you have used a mineral sunscreen some ten years ago, you may remember that it showed a white fine film when applied. Not exactly what you’re going for when taking a sun bath.

Incidentally, this is exactly why titanium dioxide allergy and titanium allergy in general is hard to diagnose. The standard metal patch test presumes that a metal salt (in this case, titanium dioxide) penetrates the skin.

Nanotechnology was the answer for the mineral sunscreen producers. By using incrementally smaller particulars, up to nano sized dimensions, they alleviated the film effect, allowing instead these smaller particles to penetrate the skin, entering the body, thus igniting the current titanium dioxide allergy debate

Quick fact:  The studies have generally concluded that there is a negligible transdermal penetration of titanium dioxide, even in nano-particle form.

There is no data regarding to titanium dioxide allergy recurrence. Titanium metal allergy recurrence figures are also hard to come by, due to lack of a reliable testing technology. In patients that undergo titanium surgical implants, a Japanese study has found allergy incidents in ranging from 2 to 4%, varying on the quantity of metal used and body location.

In summary, if you’re a healthy, responsible individual you’re probably safe regarding titanium dioxide allergy. So don’t start checking you’re food intake more than you do it already. You probably have already ingested some titanium dioxide in the last years, anyway. There are no immediate adverse effects and what only a cellular oxidative stress was determined by studies to be the result of a prolonged titanium dioxide exposure. Probably there are other, more dangerous compounds out there for which you should keep an eye for. Don’t start eating mineral sunscreens or other white beauty products, though, at least for the sake of your digestion.

If you undergo surgery involving titanium implants or considering a titanium dental implant, the professionals involved will ask you about any possible allergies make test and will take any necessary measures. Be sure to let them know if you’ve previously tested positive for metal allergies, though. Special measures may be necessary.

Quick fact: There are no recorded symptoms of titanium dioxide allergies.